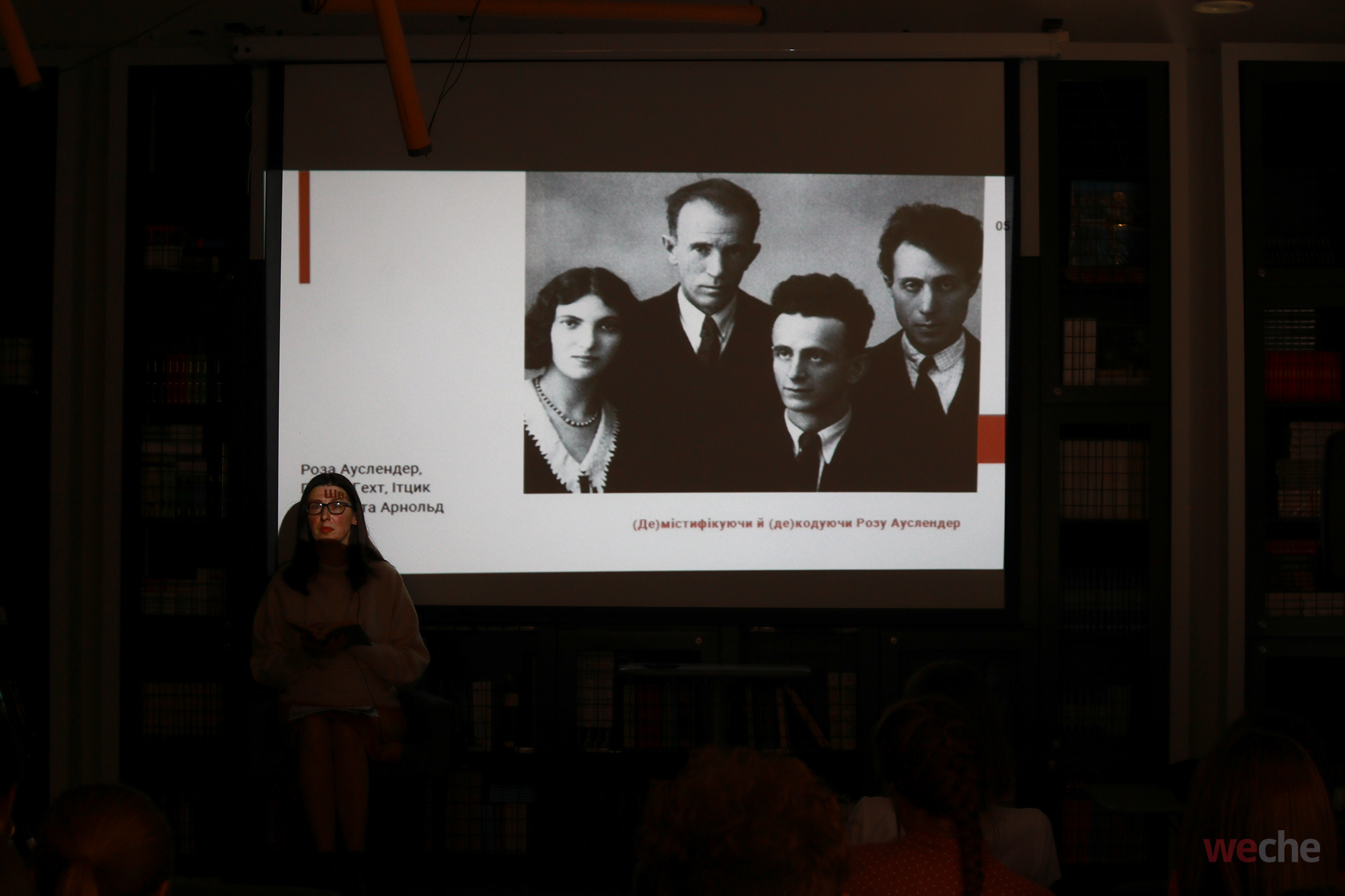 This year’s project has a special focus: 1700 years of Jewish life in Germany. The anniversary year of 2021 commemmorates Germany’s vibrant Jewish community and aims to capture the richness of German-Jewish heritage.  That’s why we also concentrate our program in Chernivtsi on German-Jewish events.

1.«(De)mystifying and (de)coding Rosa Ausländer: about the known, little-known and invented from the life and poetry of the Bukovinian author»

27. May 2021
Oksana Matiychuk – Chairman of the NGO „Ukrainian-German Cultural Society“ at the Gedankendach Center.
Rosa Ausländer (born Rosalie Beatrice Scherzer; May 11, 1901 – January 3, 1988) was a Jewish poet writing in German and English. Born in Czernowitz in the Bukovina, she lived through its tumultuous history of belonging to the Austro-Hungarian Empire, Kingdom of Romania, and eventually the Soviet Union. Rose Ausländer spent her live in several countries: Austria-Hungary, Romania, the United States, and Germany.

2. Public conversation on the topic „Jewish community of Chernivtsi today and tomorrow“ with Leonid Milman

Leonid Milman – Chairman of the Board of the Jewish Community of Chernivtsi region.

The conversation focused on how we understand the heritage, the history of the city and the dialogue in society. Who owns this heritage and who is responsible for its preservation – only descendants or absolutely all citizens of the city? How does the forgotten or unforgotten history of our „yesterday“ affect the state of our „today“?

3. Public conversation on the topic „Jewish brand of Ukrainian Chernivtsi“ with Marina Libanova

Marina Libanova – director of the bookstore „Bookinist“ based in Chernivtsi.

The conversation touched upon the issues of how interesting individuals manage to become a recognizable brand, and their projects – a visit card of the city. What is the secret of the success of Chernivtsi initiatives? Why, if you were not in the bookstore „Bukinist“ and the Paul-Celan-Literatute-Center, then you were not in today’s Chernivtsi? People-brands of modern Chernivtsi – Marina Libanova and Svyatoslav Pomerantsev will speak about it.

4. Public conversation o the topic „Jewish and not Jewish questions about Chernivtsi and Ukraine“

Noam Partom – (Born 1986 Tel Aviv) Poet, performance artist and a creative writing teacher in Tel-Aviv University, Middlebury college, Vermont, and other institutes in Israel and abroad. Winner of the Culture Ministry Award for Emerging Poets 2015, The Ramat-Gan Literature Award 2014 for debut poetry book and the 2016 international IBBY Honor List award for translation. Her second poetry book „Togetherness“ was published in winter 2018 by Hakibutz Hameuchad. Her debut poetry book “Setting the Water on Fire” was published in autumn 2012 by Xargol-Am Oved. Partom is one of the pioneers of the Spoken-Word genre in Israel. She launched an online video poetry project – “Poetube” – which gained 300,000 views and much public attention and acclaim. Partom is also touring Israel with a show based on her poetry with musician Yonatan Cnaan, and is the Creator and host of the literary radio show „Text-Mania“ in the Israeli Broadcast Corporation.

Tomer Dotan-Dreyfus is an Israeli-born author, poet and translator. Although Hebrew is his native language, he has lived in Berlin for over a decade and writes mainly in German. He holds a BA and MA degrees from the Free University of Berlin, both in Comparative Literature and Philosophy, his thesis presented a research into the singularities of the letter O. His recent translations from German to Hebrew include Walter Benjamin, Vilem Flusser and Mascha Kaleko, recent publications of original poetry include five poems in the anthology Was Es Bedeuten Soll (2019) and five poems in the 21st edition of the journal Triëdere (2020). Dotan-Dreyfus received a working stipend of the Berliner Senate for German-language writers in 2020 for his first novel Birobidzhan. 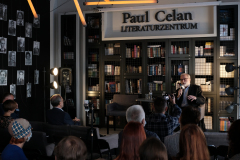